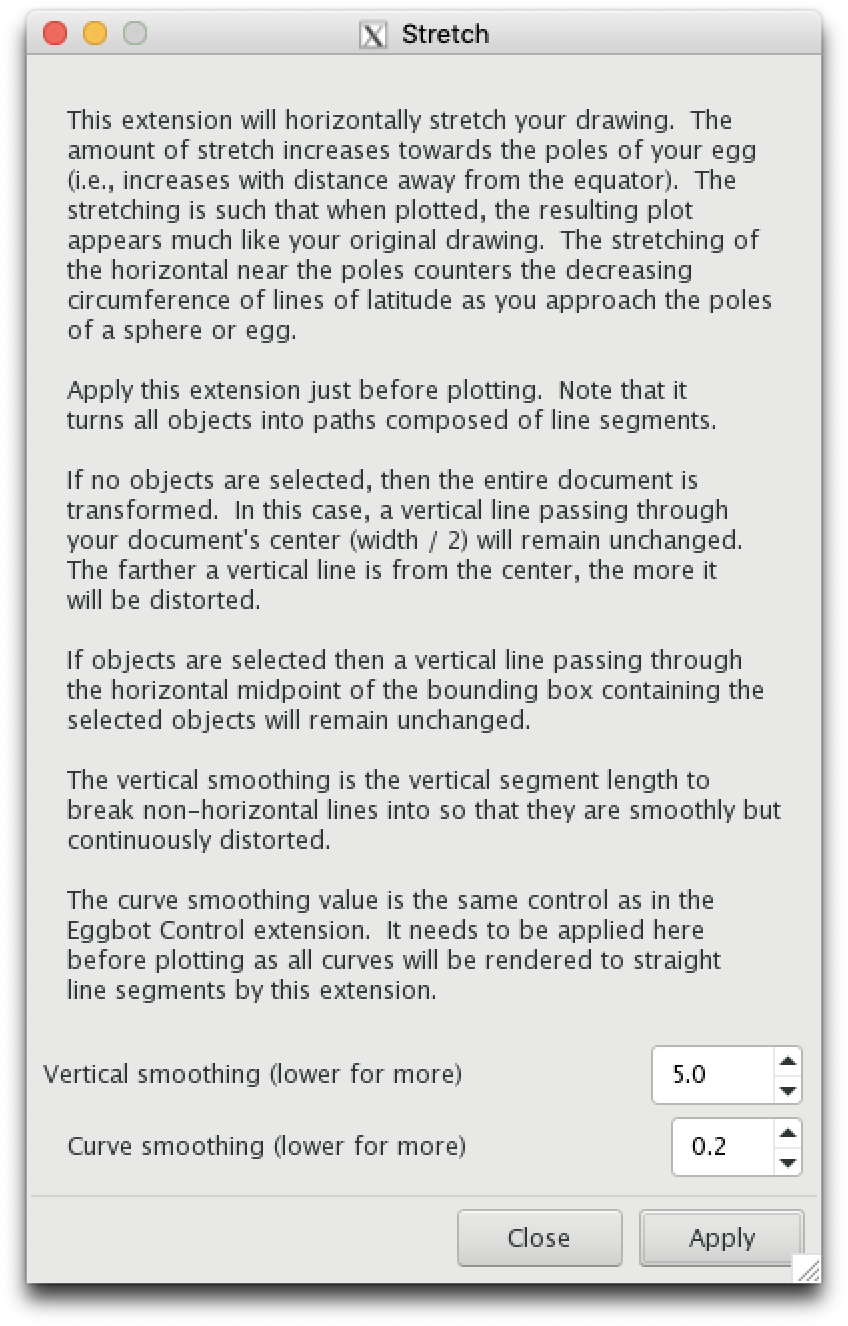 To combat this effect, it is possible to horizontally stretch elements of your drawing. The amount of stretch should increase the closer the object is to a pole. Such stretching is what this extension does. When applied to the drawing,

it produces the result,

Note how the closer a horizontal line is to either the top or bottom edge of the drawing -- the poles of your egg -- the more that line is stretched.

The Stretch extension has two adjustable settings. The first setting, vertical smoothing, is used to break long line segments into shorter segments before stretching. To illustrate the effect of this setting, consider the following figure, 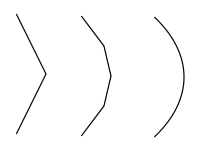 From left to right, the vertical smoothing values were 200, 100, and 10. The smaller the value, the smoother the result will be. A value between 5 and 10 is generally sufficient. The second value you can set, curve smoothing, is the same value as in the Eggbot Control extension. It effects how smoothly arcs, circles, eliipses, and curves are rendered.

The box and text were stretched as a whole (i.e., they were not individually stretched). The result of plotting the two on an egg is shown below. The egg on the left is the unstretched box and text. The egg on the right shows the stretched text and box. The picture of the egg on the right does not clearly show the effect of the stretching -- in real life the box looks very rectilinear. The results do not show well in a photograph: the photographic process is, by its very nature, producing yet another transformation as it maps the three-dimensional, spherical egg plot to a two-dimensional flat image. 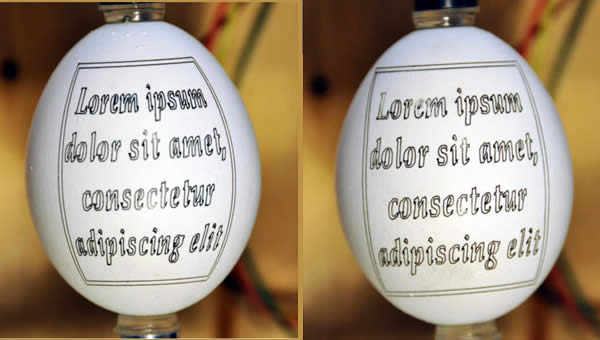 1. Note that the angular length of the line segment stays the same just as the angular length of a complete line of latitude -- 360 degrees -- remains unchanged.
2. This spanning horizontal line or bounding box does not take into account the cylindrical nature of your drawing. I.e., it does not recognize that left and right edges of your drawing touch when plotted on an egg. If you have such objects, drag them elsewhere in your drawing, stretch them and then drag them back to the edges.